Using 3.1.3 b11127 and b11976 with Varicam 4K LT with footage captured in a high-speed mode, Cortex displays the image “stretched” horizontally.

According to Panasonic, the footage is AVC-Intra 4K-LT 422 and when off-speed, namely, 47.96 FPS, they do something with the mapping of the pixels to create a half-res file that is “4k x 1k”. Cortex sees the footage as 3840 x 1080 while the media XML reports the resolution as follows:

Attached is a note of what system have been updated to handle this codec.

This a known thing and addressed in V4? We are still truckin with v3… 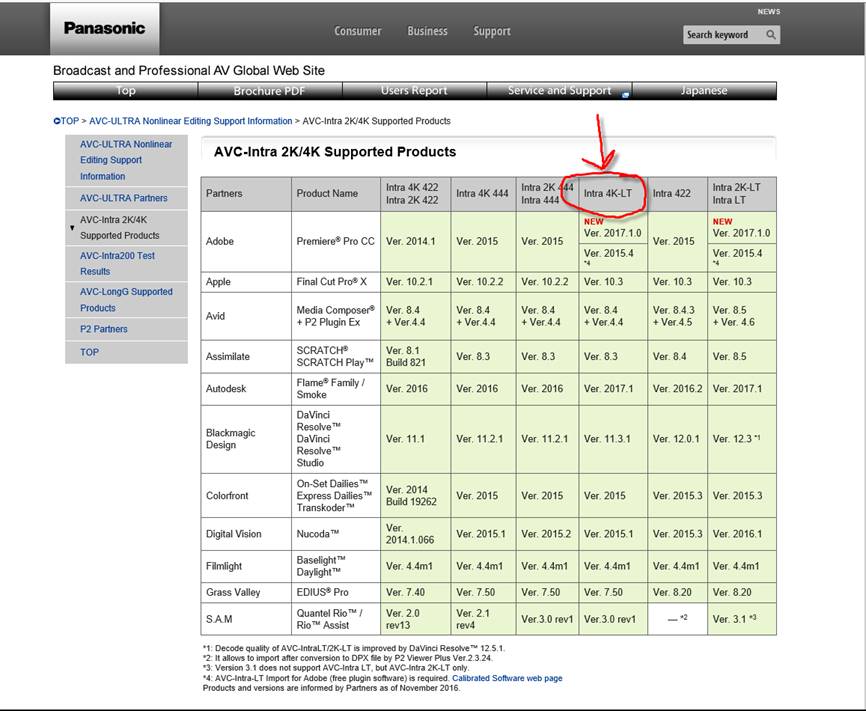 I don’t think this would be addressed in V4 yet, but we can certainly look into it. If you have a sample file you could provide us with that would be helpful.